The following is an excerpt from an article posted on UW Today by Victor Balta on March 27, 2017 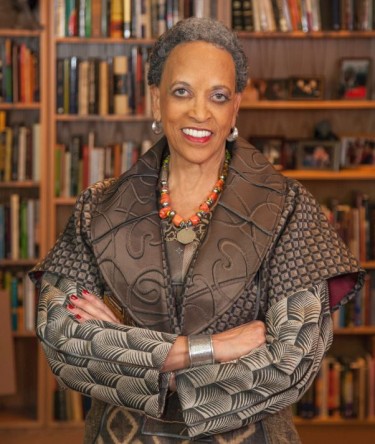 “Dr. Johnnetta Betsch Cole, former president of Spelman College and Bennett College, and recently retired director of the National Museum of African Art, will be the featured speaker at the University of Washington’s Commencement exercises Saturday, June 10…

…Cole became well known on the national stage in 1987, when she became the first African American woman to serve as president at Spelman, a historically black women’s college. Under her leadership, Spelman was named the top liberal arts college in the South. Her national profile continued to rise in 2009, when she was named director of the National Museum of African Art. Cole also serves on the Scholarly Advisory Committee of the Smithsonian’s National Museum of Africa American History and Culture, which President Barack Obama formally opened in September 2016…

…In honor of her broad civic involvement in various worthwhile causes, Cole has received 64 honorary degrees and numerous awards, including the TransAfrica Forum Global Public Service Award; the Radcliffe Medal; the Eleanor Roosevelt Val-Kill Medal; the Alexis de Tocqueville Award for Community Services from United Way of America; the Joseph Prize for Human Rights presented by the Anti-Defamation League; the Straight for Equality Award from Families and Friends of Gays and Lesbians (PFLAG); and the Alston-Jones International Civil and Human Rights award. In 2010, Ebony magazine listed her among the 100 most influential African Americans, and Washington Magazine listed her among Washington, D.C.’s most powerful women in 2011

The University of Washington’s 142nd Commencement ceremonies will take place at 1:30 p.m. Saturday, June 10, at Alaska Airlines Field at Husky Stadium. President Cauce will officiate. An audience of about 40,000 family members and friends is expected, and more than 5,000 of the UW’s 12,500 2016-17 academic year graduates in Seattle are projected to attend.”