Study Abroad in Rome with the Sociology Department!

CHRISTIANITY IN ROME: CHURCH vs EMPIRE – CHURCH as EMPIRE

Information Sessions will be held in Savery 245:

Spend spring quarter 2019 in Rome with Dr. Susan Pitchford, studying the history and development of Christianity from a sociological perspective. The service learning component of the program connects students with volunteer positions at community centers that provide services to recent immigrants and refugees, thus deepening the participants’ experience and insight into modern day Roman life. 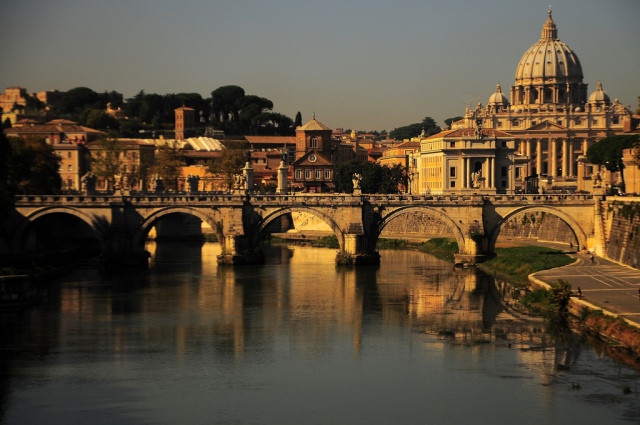 The Christian church began as a small group of people who gave up material comforts, status and even their personal safety, to preach a message of nonviolence and concern for the poor and outcast. This message was fundamentally at odds with the values of the Roman Empire, which responded with vicious persecutions. In the course of a few centuries, however, the tables were turned: Christianity became first tolerated, then the official religion of Empire. In a time that knew no separation of church and state, the church became the dominant temporal power in Europe, and carried out its own persecutions on critics without and within.

This program turns the lens of sociology on the church and asks, “How did this institution change in its transition from a small foreign sect to the seat of power in Europe, and how did it change Europe in its turn? What happened to the ideals of the founder and his followers when popes became princes and controlled armies?” We will begin with the relationship between church and Empire in ancient Rome, and follow that relationship as it changes in the medieval period and the Protestant Reformation. We will close by examining the church-world dynamic in the present time.

The program consists of three courses totaling 15 credits. All students take all 15 credits. Students in the program will maintain their UW residency and any financial aid eligibility already established. Credits earned may be used to satisfy requirements for the Sociology major, as well as UW graduation requirements.

This entry was posted in Classes, Study Abroad/ Study Away, Uncategorized. Bookmark the permalink.